A film that starts at its end. It only could be a Blood Trap ending. In Blood Trap’s Universe nobody’s good, nobody is bad. It’s just people trapped like fish in a barrel; a bloody nightmare of a barrel. Passengers in a wonderful world with a one way ticket to a Fairy-Punk-Tale called Blood Trap. A darkly funny, disarmingly sensitive horror-comedy.

Through a brilliant mixture of violence, lunacy, and a touch of melancholy, the film follows the story of Five ex-cons – amongst there number a certain Vinnie Jones as Big Jones – and one disillusioned retired screw – Costas Mandylor plays Roman – blast their way into a mansion house to kidnap a rich young woman, Nika – starring the International Martini Girl, Elena Mirela. But all this is just the beginning of an insanely bizarre and twisted tale.

Break in, grab the girl, get out and claim the ransom: the perfect kidnap.

Getting in and grabbing the girl is the easy part, but getting out proves impossible; the house becomes a fortress, and the cons find themselves locked in. Nika turns out to be the bitch from hell: a reluctant vampire queen that would do anything to protect herself – and the fanged babies in a hidden nursery upstairs…
The only thing that keeps Nika under control and avoids her transforming into a killer machine is heroin (she’s an addict with a reason) but the dope’s gone.
Nika transforms into her vampire alter ego and hunts the intruders one by one, obliterating them.

The men fight tooth and nail to find a way out of the house; beit through the sewers, up through the roof tops, down the garbage shoot, or through the coal room or even by blasting the walls down… but nothing works, whilst the shadow of death lurks constantly behind them.

Nika’s intentions are not just revenge, the monster inside her is not just looking for blood; she yearns for a suitable mate to impregnate her with the seed of life and keep the vampire line going.
Blood Trap is a trip to the basics of genre, but we flip it upside-down. All you expect — it’s not; a radically fresh structure built over deeply rooted foundations.

It’s an evolving trip from apparent normality into a surreal and operatic landscape of imprisonment; five characters trapped in a house clashing and fighting against the most basic human instinct. The hunters become the hunted.

Procreation is the only target of the real hunter, the apparently weak female character, Nika, ultimately controls the strings of life and death as an expert puppeteer.

There is no way out inside the world of Blood Trap. There are no good people or bad people; just us, facing the uncertainties and reality of live, death and desire.

Chilling at times, absurd at others, sexy, violent, desperate… A fun ride. 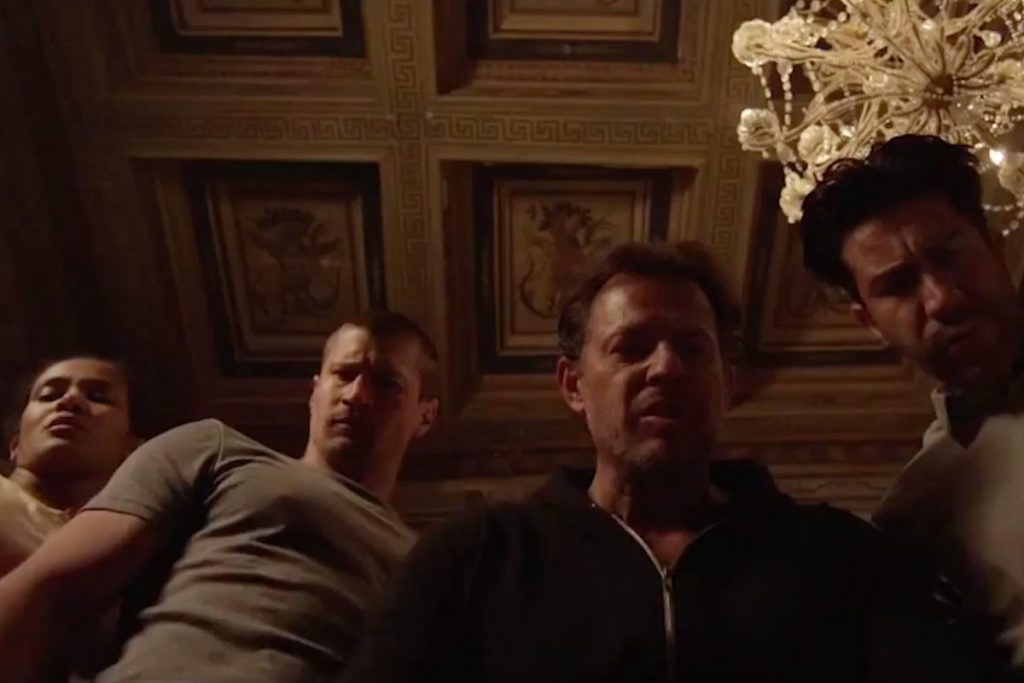