Vincent Peter Jones was born on January 5, 1965 in Watford, England. He first came to public notice as a professional footballer, playing in the English Football League. Noted as one of soccer’s hard men, he leaped to fame when a photographer, at a match, snapped him “marking” Newcastle United’s Paul Gascoigne, by grabbing his testicles. He has played for Wimbledon, Leeds United, Sheffield United, Chelsea, and Queens Park Rangers. Internationally, he played for Wales, qualifying for that nationality through his grandparents. He made his first acting appearance in the British comedy/thriller, Lock, Stock and Two Smoking Barrels (1998), at age 33, although he had previous presented a video on football’s hard men (for which he was censured by the Football Association).

He starred in the blockbuster, X-Men: The Last Stand (2006), as “Cain Marko”, also known as “The Juggernaut”. Prior to that, he played the scowling soccer coach illustrating both his likability and comedic side in Dreamworks’ She’s the Man (2006), with Amanda Bynes. Other projects include a lead role in Johnny Was (2006), starring Roger Daltrey, Eriq La Salle and Lennox Lewis, and he also appears in the independent feature, The Riddle (2007), starring Vanessa Redgrave and Derek Jacobi.

Over the years, he has received a number of prestigious awards, which showcase his accomplishments as a talented actor. In 1997, he won Satellite TV’s “Personality of the Year”, from Satellite TV Europe Magazine. In 1998, GQ Magazine named Jones “Man of the Year”. He was awarded Best Actor for Lock, Stock and Two Smoking Barrels (1998) at the Odeon Audience Awards and also won the award for Outstanding New Talent from the Sir James Carreras Award Variety Club of GB. Jones won Best Debut in 1999 for Lock, Stock and Two Smoking Barrels (1998) at Empire Magazine’s “The Awards 1999” and was titled the Male Cigar Personality of the Year at the Millennium Cigar Awards. In 2001, he was named Best British Actor for Empire Magazine’s “The Awards 2001”. In 2002, Jones received the award for Best Supporting Actor for Night at the Golden Eagle (2001) at the New York Film Festival and, in 2005, he was honored with Best Newcomer for Slipstream (2005) at London’s Sci-Fi Film Festival. 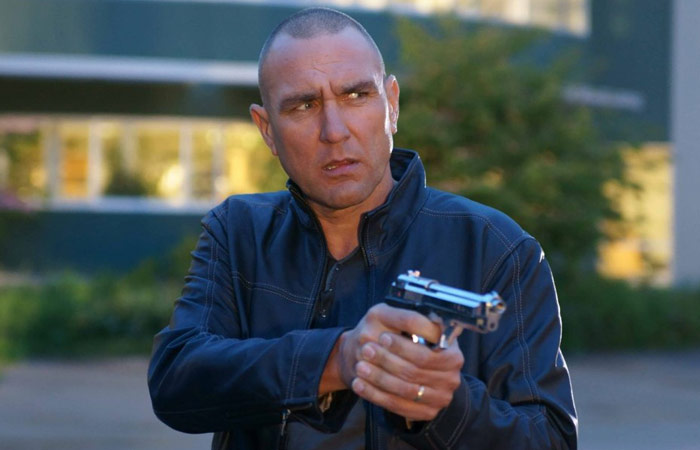